More than 60 combined audio and timecode channels are played out via just one PIXERA mini Director control unit at one of Cornwall’s leading historical sites; the Bodmin Jail Experience. 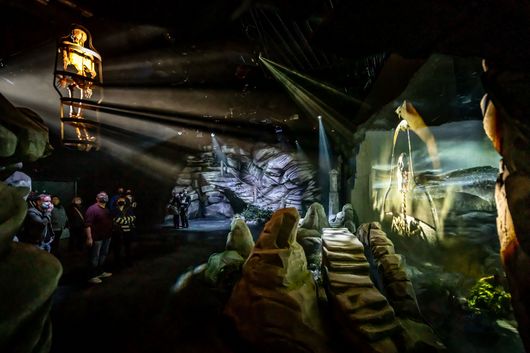 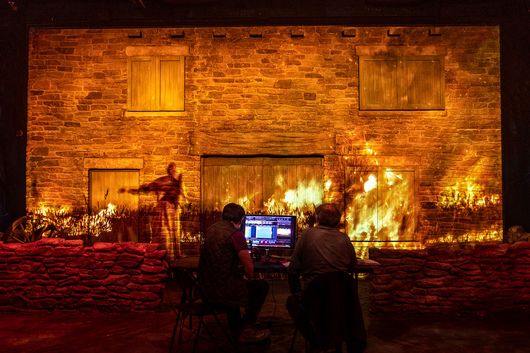 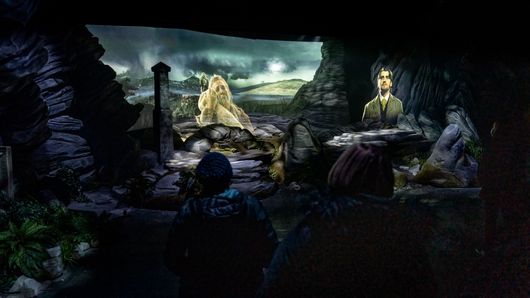 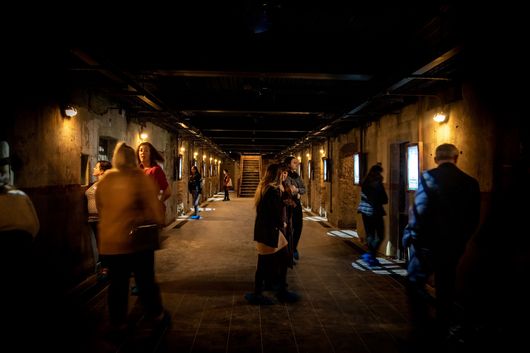 Although Bodmin Jail has consistently welcomed visitors in their tens of thousands each year – pre-Covid, at least – in 2020 the site’s management decided that it was high time the museum benefitted from an £8.5 million facelift.

The centrepiece of this overhaul, which also includes a new build with a redesigned entrance, is the spectacular Dark Walk; an immersive exhibition that uses sensational scenic sets, special effects, films, and projections to transport visitors back through Cornwall’s haunted past. This experience is supplemented by additional work throughout the original listed Jail building, undertaken to preserve its heritage while enhancing the atmosphere along the original jail corridors and in the grimy cells.

The museum was able to realise this ambitious vision thanks to the know-how of experiential design and production specialist, Sarner, which was commissioned to deliver the technology necessary to transform the humble Jail into world-class immersive attraction.

“We used a whole gamut of AV and special effects technology to achieve the desired end product,” said Ross Magri, managing director at Sarner. “This included holo gauze, smoke, Pepper’s ghost illusions, wind, water and mechanical effects, all of which were fully automated and perfectly synchronised with the audio, video, and lighting effects.”

Alongside 400 lighting fixtures using 1,713 DMX channels across seven universes, the Dark Walk required 16 Digital Projection E-Vision 7500 Laser projectors and a discreet audio system (consisting of JBL speakers and Audac amplifiers) to create the ominous atmosphere that follows visitors from exhibit to exhibit; which includes the ghostly voices and images of highway robbers, smugglers, and prolific former inmates, and follows their journeys through sentencing, life in prison, and finally execution.

All of the AV content for this experience – more than 60 combined audio and timecode channels – is played out by just one AV Stumpfl mini Director master unit, which itself controls another five AV Stumpfl media servers. Pixera mini’s ultra-compact form factor makes it perfect for these kinds of installations, with two servers being able to fit in a 1U 19-inch rack.

“The Pixera mini allowed us to synchronise all aspects of the exhibition,” said Magri. “AV Stumpfl were very supportive during the early stages of the design and during the installation period. Having so many audio channels, in particular, proved a challenge, but AV Stumpfl were totally committed and pulled out all of the stops to make sure that the problems were resolved as quickly as possible.”

The experienced team from Sarner used a mixture of wide screen edge blended projection and projection mapping, working closely with the production and creative teams to ensure that the material supplied took into consideration the technical requirements.

“Once we received the media, setting up playback was fairly straightforward and we are very happy with the end result,” said Magri.

Although the Bodmin Jail renovations were subject to the same delays and complications as other attractions during the UK’s national lockdowns, the exhibition opened to the public on 1st October 2020, and exceeded all expectations in terms of visitor numbers during that relatively short window.

Magri concluded: “While we could only operate the attraction with reduced numbers, the feedback from the public was great. This was reflected by the visitor numbers where, at times, the show was running at full capacity.”