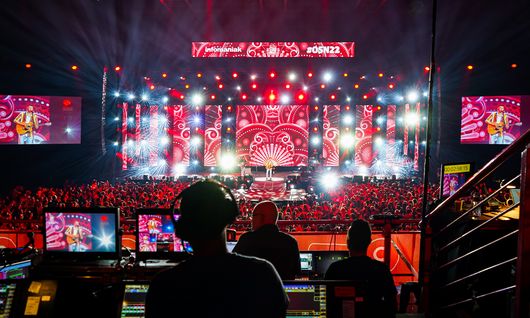 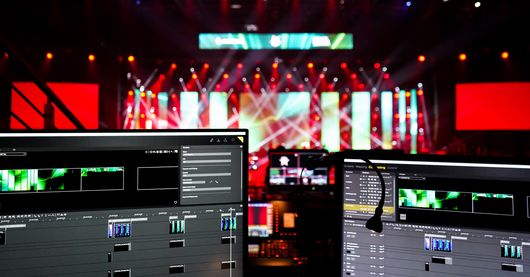 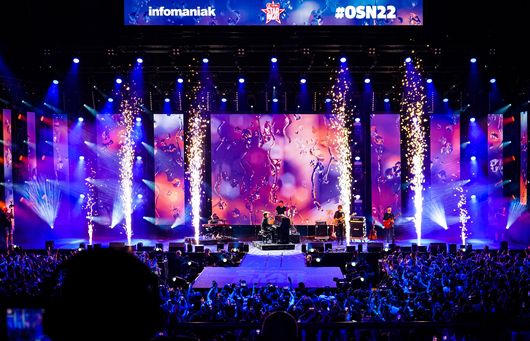 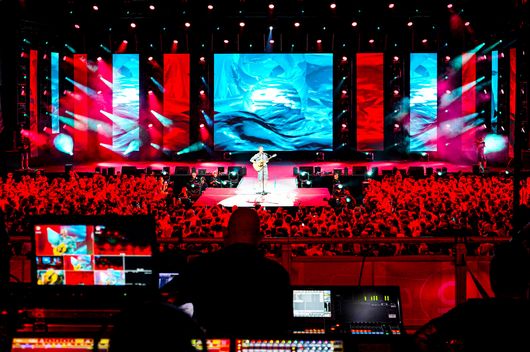 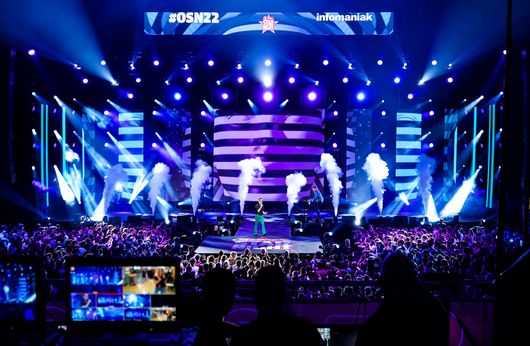 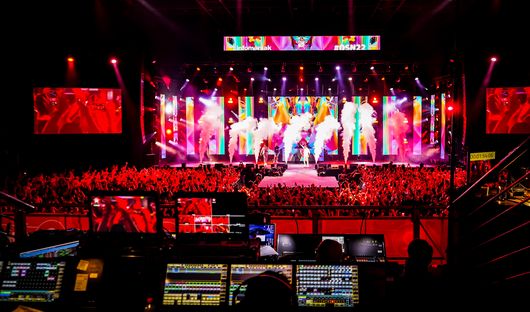 The acclaimed show and content designer Timo Martens was tasked with creating the video and media content for the One FM Starnight, which was celebrated on May 20th in front of 8,000 fans at the Arena de Genève (Switzerland).

In addition to realising his creative designs, Martens was also responsible for ensuring the general playout would be a flawless success. He also enlisted the support of the Amsteg based media server specialists REC Tec AG for the complex show production.

Michael Memmersheim and his highly experienced REC Tec colleagues were in charge of the complete show control setup for the popular radio station’s star studded event.

In terms of the main hardware that was used, REC Tec employed two PIXERA two quad media servers with live input cards, a Lightware HDMI matrix switcher for switching between main and backup sources and a Focusrite audio interface for the audio playout.

PIXERA control was used for creating important countdown screens for the continuity control, by adding HTML pages in the form of a “resource” to a layer of the media server system’s software interface, which were then played out via one of the outputs as “picture-in-picture”.

Michael Memmersheim and his team were able to enjoy a smoothly executed show event and highly positive customer feedback: “Our customer was really satisfied with the overall show, and in particular with the fact that we were able to react quickly to any content updates and changes during the rehearsals. PIXERA served us very well throughout the whole process.”