AV Stumpfl technology was used extensively at the Mãe D'Água das Amoreiras Reservoir in Lisbon, which has been transformed into a fully immersive, 360º projection canvas. 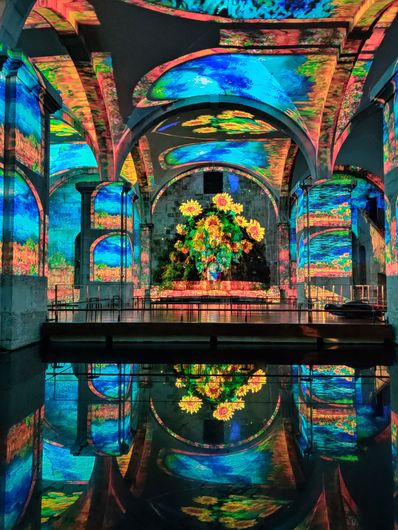 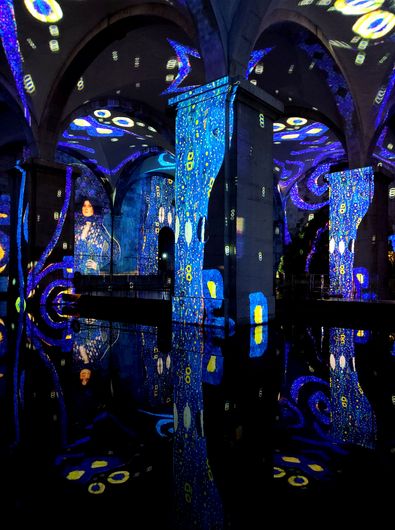 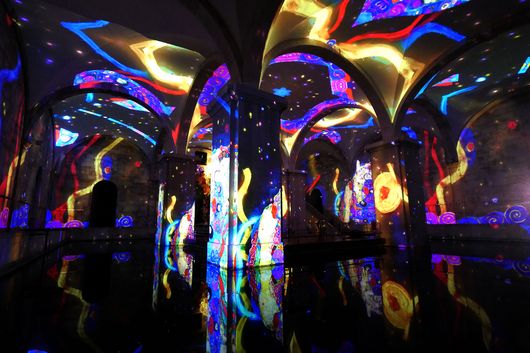 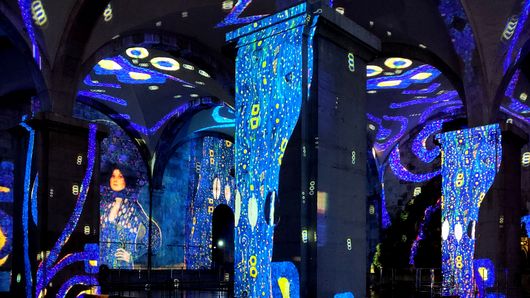 Wallern (Austria), 20th January 2021 – Following the success of the Immersivus Gallery Porto (IGP) – a first-of-its-kind, projection-mapped art experience in the heart of Portugal’s second largest city – the gallery’s management made the momentous decision to expand this concept to a brand-new gallery in the capital.

Ocubo, which masterminded the artistic direction for the original Porto gallery, was again brought in to coordinate the new installation; this time at the 18th century Mãe D'Água das Amoreiras Reservoir in Lisbon.

“The decision to create the Immersivus Gallery Lisbon (IGL) was born following the success of the IGP, which was the first virtual art gallery in the entire country,” said Edoardo Canessa, executive producer for Ocubo. “As well as building on the successful model of IGP, we hope to branch out even further with IGL. Technology permitting, our goal is to make it into Portugal’s first truly interactive art experience.”

With this goal in mind, the Mãe D'Água das Amoreiras Reservoir was transformed into a fully immersive, 360º projection canvas.

“Whilst the installation is planned to stay for some time, the content is temporary,” explained Canessa. “IGP was born with the idea of only one permanent show, but we decided to diversify the content with a changing agenda, to maintain the gallery vitality and make sure it remained attractive for local people and visitors alike. The plan was always to do the same thing with IGL.”

Although several immersive experiences will be developed in the future – with different themes and artists – it was decided that the timeless art of Claude Monet and Gustav Klimt would be the perfect way to welcome visitors into the new IGL.

“Working with art created by famous painters is both easy and difficult,” said Canessa. “It’s easy from a creative point of view because the original ‘image’ has already been produced before we begin, and its aesthetic beauty is all but guaranteed. At the same time, it is very hard because we have the responsibility to explore the full potential of these paintings; altering and animating something that has been created by a prestigious artist and enjoyed by art lovers for generations. It really is a double-edged sword.”

Ocubo paid a number of visits to the site to record technical details and obtain the photogrammetry required to create the 3D content. With the content created, the team deployed a total of 20 projectors to cover the entire room – which included all four walls, the ceiling, and four large columns in the centre – as well as five high performance servers running AV Stumpfl’s PIXERA media server software.

Ocubo used PIXERA media server systems for the first time for the intricate projection mapping at the award-winning Fête des Lumières show, which was held in Lyon (France) in December 2018. The recent introduction of PIXERA version 1.6 gave the Ocubo designers even more tools to create a virtual environment for Monet and Klimt’s work to inhabit.

“Although we’ve always used AV Stumpfl technology,” said Canessa, “this was the first time we made full use of the 3D capabilities of the software, which was necessary due to the nature of this space itself. PIXERA software had already been very useful for the show in Lyon, but this was our first experience of using a 3D workflow alone, albeit with a little remote help.

“The new version 1.6 is even easier to use than it was before, and it gave us everything we needed to create an exhibition worthy of these two mythic artists and their work.”

Despite some challenges faced by the technical team – accompanied by programming leader Carlos Carvalho - when it came to dealing with the difficult formatting process, they were able to complete the PIXERA programming successfully and open to the public as planned on 26th November 2020.

“The feedback so far has been very positive,” said Canessa. “The end user adores the show, as does the public, and none of this could have been possible without the hard work of our brilliant team and the great partnership they have with AV Stumpfl.”

AV Stumpfl is an award-winning Austrian company that designs, manufactures and markets a range of high-performance mobile and installation projection screens and multi-display and show control systems for professional and business applications. As a family business, its founders started the company out of a passion for the advancement of presentation and installation technologies. The product range is warranted for 24/7 usage. AV Stumpfl is located in Wallern, Austria, and is supported by a global network of distribution and service partners.
www.avstumpfl.com