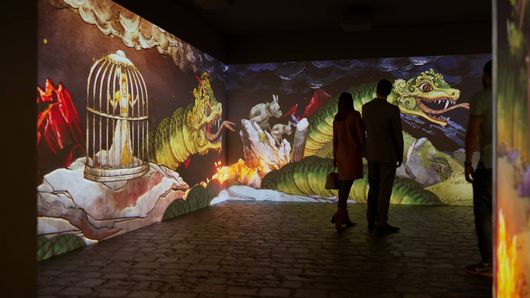 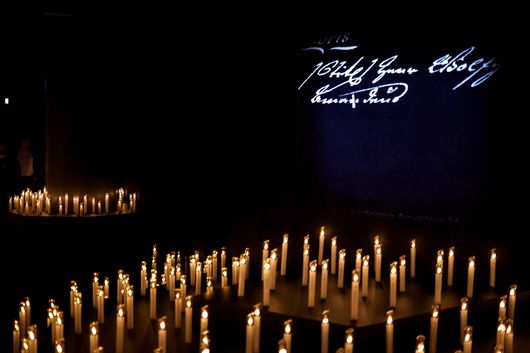 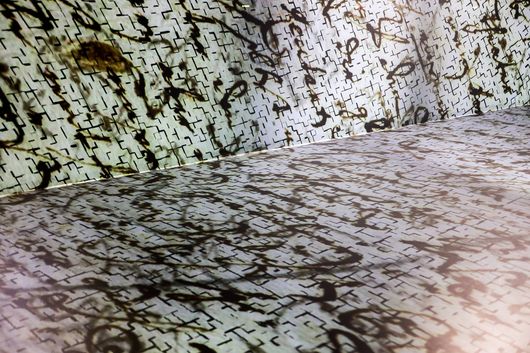 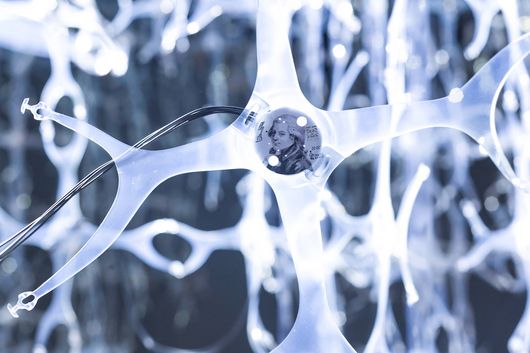 When a successful artist’s work is still growing in relevance and inspirational power even hundreds of years after his death, that person has become a myth.

With the new MYTHOS MOZART exhibition, situated right in the heart of downtown Vienna, visitors are introduced to the life and work of Wolfgang Amadeus Mozart in the form of a state-of-the-art immersive experience.

The timeless beauty of the musical genius’s legacy meets the latest audio-visual technology, with this process becoming a work of art in its own right that succeeds in entertaining both young and old.

“MYTHOS MOZART connects tradition with modernity, art and music, creativity with technology and creates a new space for innovation and culture to honour Mozart in a way that’s never been seen before,” explains MYTHOS MOZART managing director Hans Gasser.

MYTHOS MOZART enchants and informs across more than 1,500 square metres, at precisely the same location where the composer, who was born in 1756, spent the last year of his life and created unforgettable masterpieces like The Magic Flute. Nowadays the STEFFL department store can be found here.

The exhibition consists of five different rooms (‘Mozart’s world') that each offer a distinct access point to Mozart’s body of work and general legacy.

Even before one properly enters one of the five rooms, one catches a first glimpse of the plethora of ideas and the great care with which this pioneering project was executed.

Equipped with a ticket and a unique QR code, each visitor has their photo taken at the beginning of their audio-visual journey. Within two seconds, the photos are turned into digital 3D portraits with the ability to wink back at the visitor and to jump from one picture frame to the next.

The journey continues with ‘REQUIEM – MOZART’S DEATH’, a mysterious room filled with 1,500 candles created by the British-German designer Moritz Waldemeyer.

In the next room, visitors enter ‘VIENNA 1791 – MOZART’S CITY’ and experience a beautiful tour through historical Vienna in the form of 360° projections which combine cityscapes with a balloon ride.

The third room, ‘WORLD MUSIC – MOZART‘S LITTLE NIGHT MUSIC’, is defined by interactive elements. Here it is up to the visitors themselves to choose which instrument with which they would like to accompany Mozart’s Eine kleine Nachtmusik.

The general soundscape, indispensable for the overall experience of the exhibition, was composed and re-arranged by MYTHOS MOZART’s musical director, Walter Werzowa. Mozart’s original compositions were newly recorded by tomorrow’s stars, students of the mdw – University of Music and Performing Arts Vienna, as part of an exclusive partnership.

Internationally acclaimed artists like Rolando Villazón, Elise Caluwaerts  and Alexey Igudesman act as project ambassadors and share the fascination for Mozart and MYTHOS MOZART’s innovative approach to making his work accessible to the wider public.

‘GENIUS – MOZART COMPOSING’, the fourth room, allows visitors to enter Mozart’s creative mind in the form of thousands of synaptic connections framed by light and music.

The first preparations for the epic project began in 2019 and combined artistic and technical know-how of the highest calibre.

Vienna-based music and digital media expert Christoph Widauer was responsible for the overall concept, the dramatic structure, compiling the content and the general realisation of MYTHOS MOZART.

The Austrian company PKE Electronics GmbH took on the role of technical service provider and installer, with Martin Nikendei as project manager.

To live up to the naturally high expectations regarding the music and sound quality of MYTHOS MOZART, a total of 300 loudspeakers were installed, both ceiling and wall mounted, with additional speakers on the ground.

Each loudspeaker receives a discrete signal. MYTHOS MOZART uses multiple main audio sources in the form of six Mac Minis with QLab software, controlled via the general AV setup in order to start the right audio tracks at the right time.

To meet the special requirements of the exhibition rooms, 46 DPA microphones were used to make the room acoustics, for example,. appear authentically church-like.

PIXERA media server systems from the Austrian AV technology manufacturer AV Stumpfl were employed as the main video playback system. A total of eight PIXERA two and three PIXERA one servers were installed to reliably handle the large amount of video content and data.

PKE project manager Martin Nikendei comments on the use of PIXERA: “We do ask a lot of the servers, since our content updates can be rather large. My team and myself like the general interface philosophy very much; it is an intuitive and very reliable system."

AV Stumpfl GmbH managing director Tobias Stumpfl expresses his joy at PIXERA being used for the new exhibition: “To be able to contribute to the successful realisation of an exhibition with such a quintessentially Austrian topic is particularly wonderful for an Austrian family business like ours. In our family, music has always played an important role. My mother plays the cello in an orchestra, my father plays the piano and is an organist, and my sister is a violin maker and also plays the cello. During my youth I learned to play the violin, but only play the piano these days. To be able to make Mozart’s legacy come to life with PIXERA is a great honour.”

In terms of the projectors used, PKE chose Epson products. Next to four smaller EB-L635SU, 21 EB-PU1007B projectors and 14 brand new EB-PU2216B were installed. PKE is the first European company that got to use EB-PU2216B laser projectors as part of an installation project.

Due to spatial limitations, mainly ultra-short throw (UST) lenses were used, in addition to some standard focal lengths. A total of six deflection mirrors turned the floor of one of the exhibition’s rooms into an additional projection surface.

The two companies Edvision and ITD specified a total of 23 open-frame monitors of varying sizes between 21” and 55”, which were used for the ‘avatar wall' as part of the first experience area. Three high-performance PCs are part of the same setup, which almost fill a complete installation rack.

The video transmission was implemented by using CYP HDBaseT-transmitters which can each transmit 4K content.

20 Leia LumePads were used for the creation of the interactive music station, with Ultraleap 3Di tracking cameras  as part of the control solution.

The general system control was created and programmed by PKE via a Linux computer.

Using more than 64TB worth of NAS storage capacity makes it possible to allow visitors to download their own unique tour’s content, like the Kleine Nachtmusik from the ‘WORLD MUSIC’ room.

“We hope that this wonderful exhibition will help people from all over the world to discover and explore the myth that is Mozart in manifold ways. Mozart in Vienna with cutting-edge technology Made in Austria is a dream come true for us as an Austrian manufacturer,” comments AV Stumpfl global marketing advisor Hans Christian Stucken.